Product Description: From the chilly February day in 1853 when the prophet Brigham Young drove a shovel into the soil to break ground for the Salt Lake Temple until its dedication in 1893, members of The Church of Jesus Christ of Latter-day Saints were confronted with political hostility from the US government and severe challenges imposed by nature itself. Some of the nineteenth century’s greatest events affected this monumental temple-building project, including the California gold rush, the Civil War, and the construction of the transcontinental railroad. The Saints tangled directly with five US presidents, Congress, the Supreme Court, Johnston’s army, and hostile governors, biased judges, and zealous marshals determined to impose the federal government’s will on the Utah Territory. Despite these hardships, the Saints moved forward with faith to complete the temple that would become a symbol of their determination to serve the Lord.

This enthralling book, written by master storyteller Mark Henshaw, tells the narrative of the building of that iconic temple—a place of worship and refuge forty years in the making.

About Author: Mark Henshaw has been a CIA analyst and military historian for nineteen years. He graduated from the CIA Sherman Kent School’s Advanced Analyst Program, earned eighteen Exceptional Performance Awards, and was the recipient of the Director of National Intelligence’s 2007 Galileo Award for innovation in intelligence analysis. Mark holds a bachelor’s degree in political science and master’s degrees in business administration and international relations. He is the author of four espionage thrillers published by Simon & Schuster. Mark lives in Leesburg, Virginia, with his wife and three children. 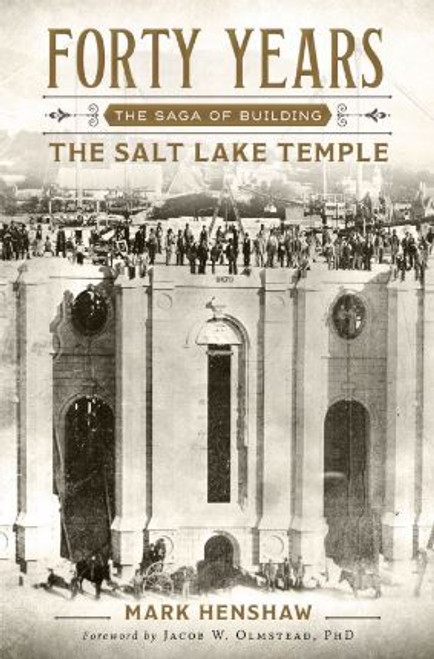