A Case For The Book Of Mormon (Hardcover)

About Product: “The Book of Mormon,” Tad R. Callister unequivocally states, “is God’s crowning witness of the divinity of Jesus Christ, the prophetic calling of Joseph Smith, and the absolute truth of this Church. It is all it claims to be. It is the word of God.” But over the years, many critics have claimed otherwise.

In this logical examination of many of the critics’ claims, Brother Callister offers a compelling defense of the Book of Mormon. In addition, he outlines six further evidences of its divine authenticity and its ability to influence our lives for good. Ultimately, Brother Callister helps readers clearly understand how they can learn for themselves—not only intellectually, but spiritually—that the Book of Mormon is true.

About The Author: Tad R. Callister was serving in the Presidency of the Seventy and as a member of the Second Quorum of the Seventy when he was called as Sunday School General President in April 2014. Brother Callister received a BS in accounting from Brigham Young University, a JD from the University of California–Los Angeles, and an MS in tax law from New York University Law School. He spent most of his professional career practicing tax law. He is the author of the best-selling books The Infinite Atonement, The Inevitable Apostasy, and The Blueprint of Christ’s Church. He and his wife, Kathryn Louise Saporiti, are the parents of six children. 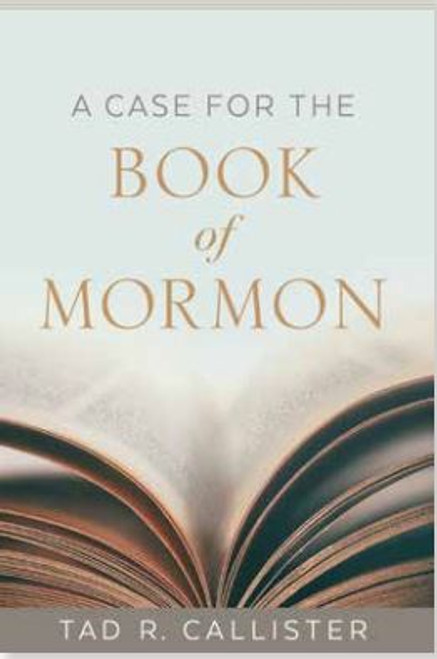 A Case For The Book Of Mormon (Hardcover)