Murder at Tophouse (Book on CD) *

Officer Mike Denton can't shake the feeling that something isn't right. Since the shooting that nearly killed him, Mike has attempted to piece his life back together. Just when he thought things were starting to look up, false allegations leveled by his partner, Cal Granberg, have led to his suspension, and Mike begins to suspect that Cal may have played a role in the deadly attack. He has only one clue: a conversation he was never meant to hear involving guns in New Zealand.

Suspicious that he may have stumbled on an illegal gun trafficking plot, Mike sees his suspension as an opportunity to conduct an independent investigation into the shady actions of his ex-partner. He prepares for a month-long "vacation" to New Zealand to find the proof that would clear his good name—but what he couldn't prepare for is lovely young New Zealander Skylie Yates, a woman with her own troubles. A dangerous enemy believes that Skylie is the key to finding a hidden fortune. The problem: Skylie claims to know nothing about the money. Now, Mike must set aside his own quest for evidence in order to discover who's behind the threats to the woman he's coming to care for. But when hsi two investigations collide and Skylie's life hangs in the balance, Mike finds himself in a race against time to unearth a corruption far deeper than he could have imagine ...

One thing I can always say about a Clair M. Poulson book is that it's never boring. Another thing I can say is that they always suck me in right from the beginning. And Murder at Tophouse is no different. After reading that prologue I was immediately feeling indignation in behalf of Detective Mike Denton. After everything he goes through just in the prologue, he gets struck another blow in the very first chapter. But his determination to fight for himself and to do it the right way had me cheering for him. Maybe it's Poulson's own background that helps him provide such great detail in his books or maybe he's just a great storyteller, or more likely it's both, but whatever the case may be he writes books that are hard to put down. I especially appreciate the fact that his books are clean despite the often nasty topics that are addressed in them (murder, gun smuggling, etc). And there is even some romance mixed in with the plot. Another great read from one of my favorite writers.

This story is mostly told in first person, from Mike's view. Mike is a detective with the LAPD and after being shot in the head and put on leave, he decides to go to New Zealand for a break. On the way there, he meets Skylie, who is heading home after college, and discovers that she has troubles of her own. It's a race against time to discover who is after Mike and who is threatening Skylie.

There were moments when I was really caught up in this crime story and there other moments when I wanted just a little more. This author does a really good job of drawing a reader into the suspense. He really knows his stuff and knows how to weave a good story. Being a woman and a romantic at heart, there were times when I wanted to see the relationships, romance, and friendships unfold instead of being told that they happened. For the most part, the story moved along at a nice pace, but there were occasional moments of too many things going on at once and it overwhelmed me.

I didn't feel that I knew Mike or Skylie really well, but I did like that they were both proactive and took charge of their situations, instead of sitting back and letting life happen to them. Mike was quite mature for a late-20s man and I liked that he was a clear thinker. Although Skylie was in her early-20s, she was clever and resourceful.

I really like a book that takes a unique setting and places twists, turns, and suspense into it. I've read books by this author before and will continue to do so.

*I received a copy in exchange for an honest review*

Mike Denton is a police officer who has a run of bad luck at the beginning. When he recovers, he gets suspended and decides to set out on his own to get answers to what happened to him. All clues lead to New Zealand so he travels there and quickly meets Skylie Yates who is headed home to New Zealand. Skylie is in a dangerous situation and Mike decides to help her but it doesn't take long before he realizes that his troubles might be linked to hers.

There are lots of characters and situations introduced throughout the book and I enjoyed seeing how they all came together at the end. Mike and Skylie are thrown into danger together right from the beginning so we don't get to see a normal relationship progress between them. They are always looking over their shoulders for several people who are constantly after them. I didn't feel too connected to them as a couple but I understood their attachment to each other.

I have read quite a few of Clair Poulson's books and enjoyed them all but it's been a while so I was excited to read his new release! There are multiple reasons I enjoy his books: the main characters don't get off easy and deal with some tough situations, they are suspenseful and clean and I know I will be satisfied at the end. This one didn't disappoint in those areas. The reason I didn't give it five stars is because I felt like it was heavy on the theories behind what was happening and, while interesting, it slowed the story down at times. There's also one character who seemed like a danger to them the entire time and then all of a sudden, he was fine and it just seemed a little abrupt to me. Also, the wrap up happened so fast and I wanted a little more at the very end.

There's still a lot to like about this book and if you're a fan, you won't want to miss this one. The last part of the book, I couldn't turn the pages fast enough! I'm looking forward to reading more of his books in the future!

Clair M. Poulson retired after twenty years in law enforcement. During his career he served in the U.S. Military Police Corps, the Utah Highway Patrol, and the Duchesne County Sheriff's Department, where he was first a deputy and the the county sheriff. He currently serves as a justice court judge for Duchesne County, a position he has held for nineteen years. His nearly forty-year career working in the criminal justice system has provided a wealth of material from which he draws in writing his books. Clair has served on numerous boards and committees over the years. Among them are the Utah Judicial Council, and FBI advisory board, the Peace Officer Standards and Training Council, the Utah Justice Court Board of Directors, and the Utah Commission on Criminal and Juvenile Justice. Other interests include activity in the LDS Church, assisting his oldest son in operating their grocery store, ranching with his oldest son and other family members, and raising registered Missouri Fox Trotter horses. Clair and his wife, Ruth, live in Duchesne and are the parents of five married children. They have twenty-two grandchildren. 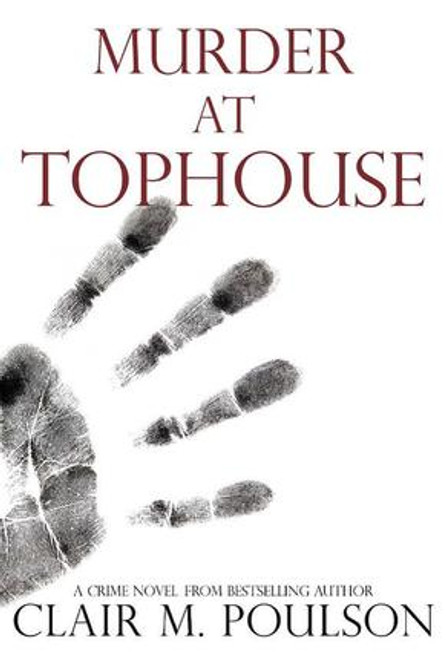 Murder at Tophouse (Book on CD) *