About Product: Based on the New York Times best-selling novel by Jason F. Wright. Hope is an aspiring reporter who has had her fair share of tragedy in life. Abandoned at birth, she’s grieving the recent death of her adopted mother when her apartment is burglarized of all her possessions. While reporting the burglary to the police, Hope discovers a jar full of money, labeled “Christmas Jar.” Shocked and grateful for this act of kindness, Hope discovers that people all over her hometown of Columbus, Ohio have been receiving Christmas Jars for years during times of need. The jars are always anonymous and always contain different amounts. In this heartwarming Christmas classic, Hope goes undercover to discover the secret behind the Christmas jars, putting into motion a series of events that will change her life, and her community, forever.

Christmas Jars stars Jeni Ross (Suits, Titans) as Hope and Markian Tarasiuk (Take Two, The Magicians) as Ian Maxwell, a young man who knows the secret behind the jars. The film was directed by Jonathan Wright (Awakening the Zodiac, Love, Romance, & Chocolate) and written by Andrea Stevens (Christmas Connection, Thicker than Water). The executive producers are Jonas Prupas and Jesse Prupas, and the producer is Shane Boucher. 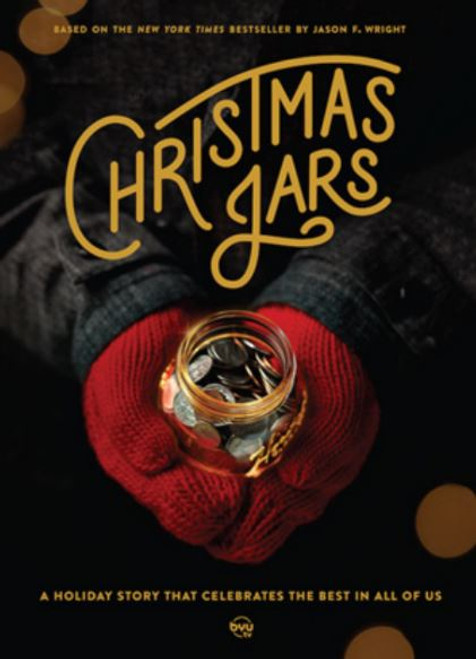